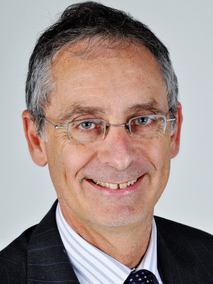 Dr Dedman qualified in Medicine from Cardiff University in 1980. He trained in general practice in London and in Psychiatry with The Royal Free Hospital training scheme including a year at Great Ormond St. In 1989 he went to Melbourne, Australia where he was Consultant with a pioneering Home Treatment Team for two years. On his return he trained in Cognitive Behaviour Therapy at the Institute of Psychiatry in London.

He has been an established Consultant in Bristol since 1993, initially with the United Bristol Healthcare Trust at Barrow Hospital and the Bristol Royal Infirmary.

He was appointed Honorary Senior Clinical Lecturer at the University of Bristol and has had research published on CBT, eating disorders and community psychiatry, including being sole author of a leading editorial in the British Medical Journal.

More recently he has concentrated on private and medico-legal practice, working at The Priory Hospital, Bristol and at Litfield House Medical Centre, Clifton.

He is happy to see patients with the following problems:

He consults in a relaxed, friendly style and tries to put patients at their ease. His therapeutic strategies include the use of medication as well as CBT approaches.

Dr Dedman is married with two grown up children. In his free time he enjoys travelling, cycling and real tennis.